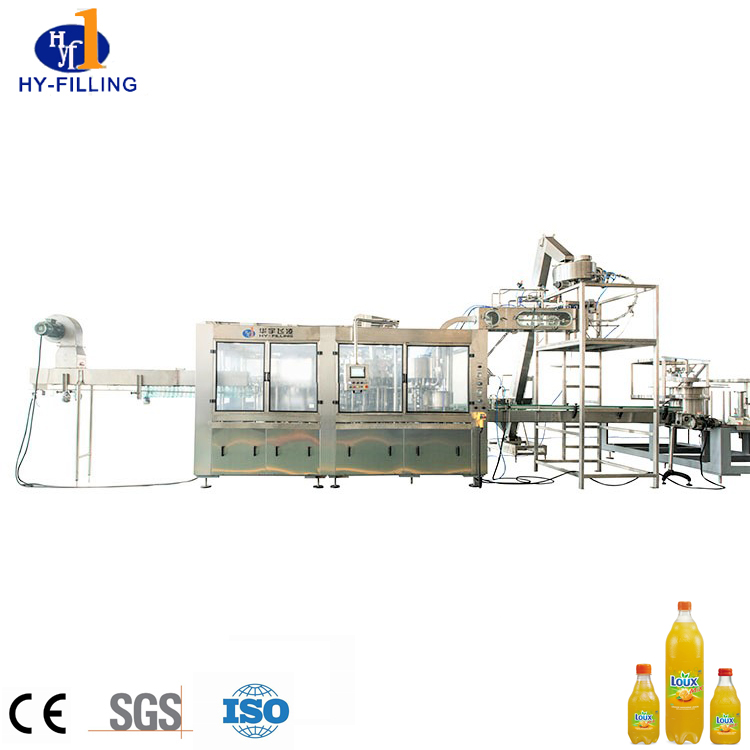 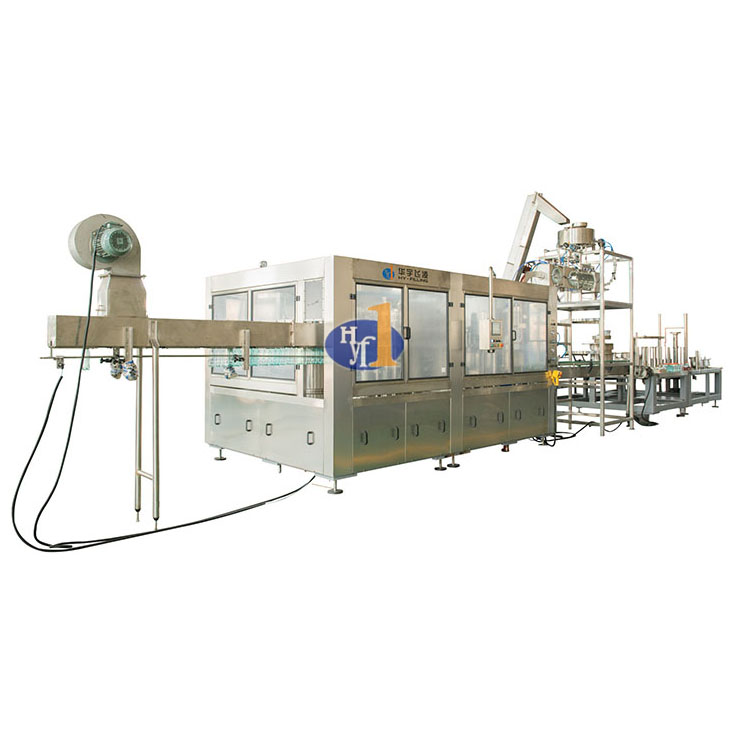 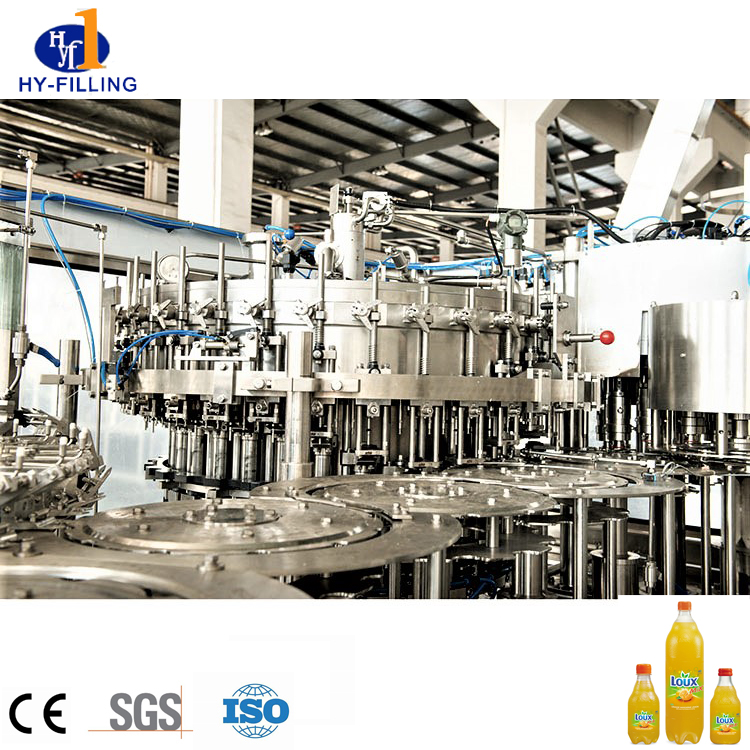 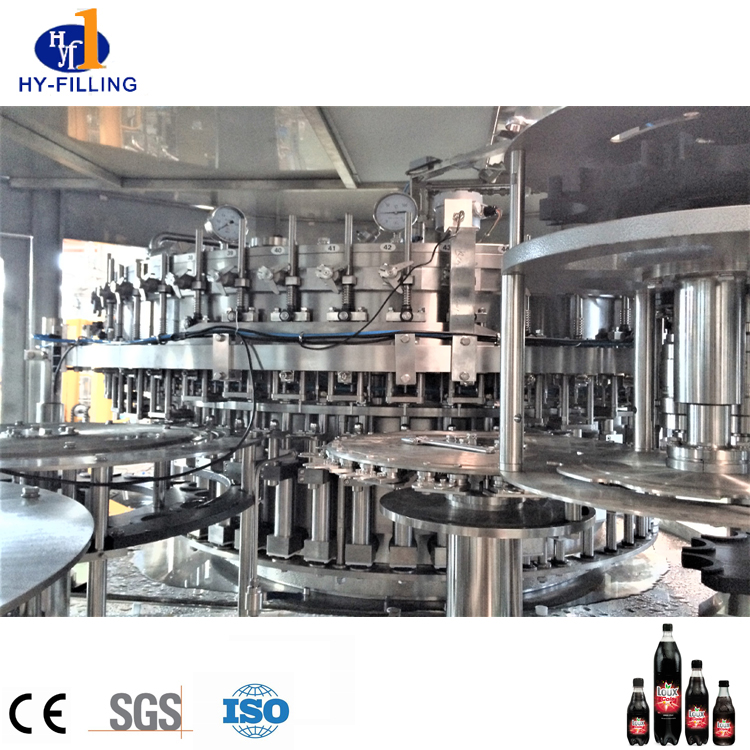 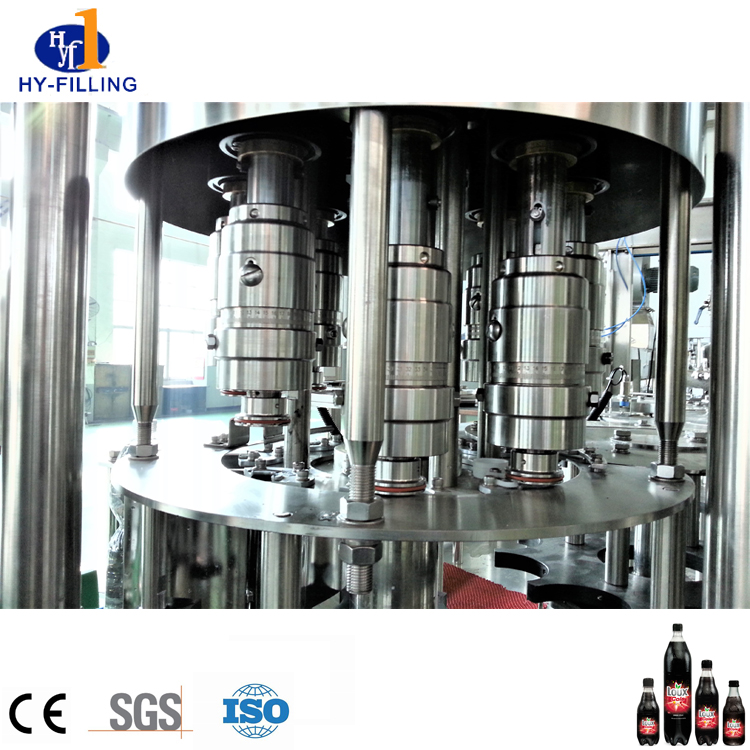 1. This series of filling machines are used in production of PET bottled carbonated beverage, such as carbonated water, sprite and so on.
2. This series of products are the integrated rinsing, filling and capping machine, suitable for producing various PET bottled carbonated beverage.
3. The main machine adopts advanced PLC control technology.
4. The key electric elements adopt international famous products.
5. We will give you the highest quality and the best service.

The bottle is blown into the bottle shifting wheel, when the flushing clamp reaches the bottle neck, the jaw will clamp the bottleneck, under the guidance of the rail, the clamp will turn the bottle 180° into an upright position, through second bottle pusher into the filling position.

Three capping heads are applied in model CGN18-18-6. The capping part consists of screw heads, capping transmission part, a sorting part and an undercover tube part. The bottle which has finished filling will enter the capping position via the driving wheel.

Subsribe Now   |   Get Daily Update Into Your Mail For join Now